In the Catalan Pyrenees

All about ORÍGENS UNESCO GLOBAL GEOPARK

Orígens Geopark, a journey back in time. You wonder where you come from, what your origins are… Orígens Geopark lets you take a true journey through time to discover the origins of the evolution of the Earth and life, from the Big Bang to the present day.

Orígens UNESCO Global Geopark is located in the northeast of Spain, in the southern slopes of the Catalan Pyrenees in Catalonia, 200km from Barcelona.

It is a territory with an exceptional geological heritage that got the recognition as a UNESCO Global Geopark in April 2018.

Orígens is an exceptional place to observe, learn and enjoy Earth Sciences since in its landscapes we find a geological record of more than 500 million years of Earth’s history.

Diverse and breathtaking experiences can be enjoyed and visitors can follow in the footsteps of the last dinosaurs that lived in Europe through fossil remains such as bones, eggs and footprints or hike through spectacular gorges, such as Mont-rebei or Collegats.

Also, the Geopark makes it possible to trace the steps of humanity from prehistory to present day, thanks to a wide range of tours and activities in prehistoric caves or medieval castles. Even today, the essence of this region, transmitted by its inhabitants, can still be enjoyed through festive traditions like Falles, World Heritage, and local products such as sausages, olive oil or wines that have a strong link with geology.

Finally, the Orígens Geopark has another valuable aspect: its rural setting, far from large cities, which allows people to observe one of the starriest skies of Catalonia, something which has earned it the Starlight Foundation certification.

Therefore, it is a territory with a very diverse natural and cultural heritage that has been preserved over time and which allows explain to society the origins of life and the universe through the interpretation offered by the different museums and interpretation centres, and the different thematic geotrails and the touristic activities.

A journey back in time of more than 500 million years. Let us surprise you! 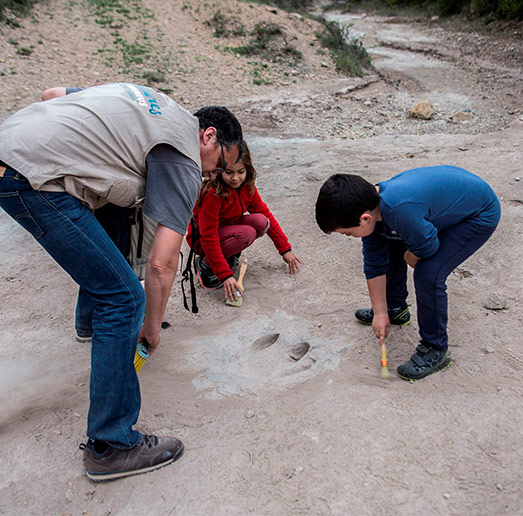 Discovering the traces of the last dinosaurs that lived in Europe. (Jordi Peró) 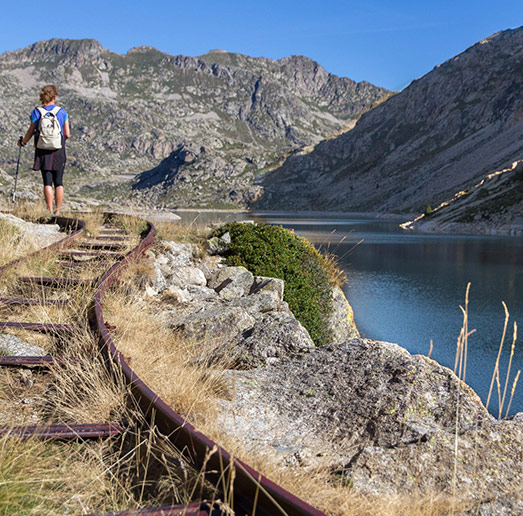 Hiker walking on the Georute “El Carrilet” in the Vall Fosca. (Jordi Peró) 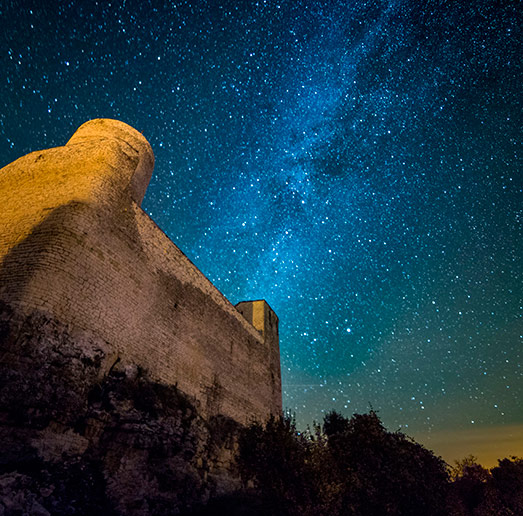 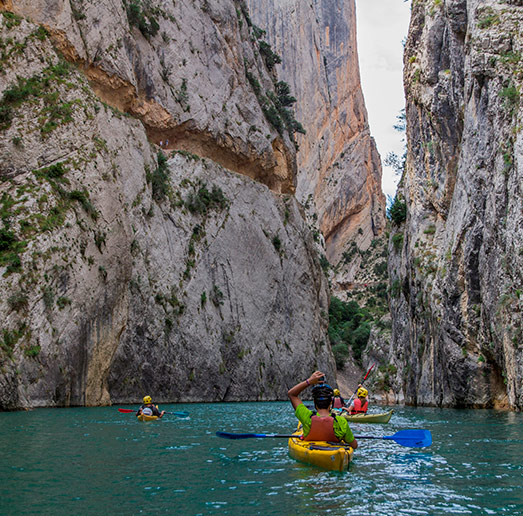 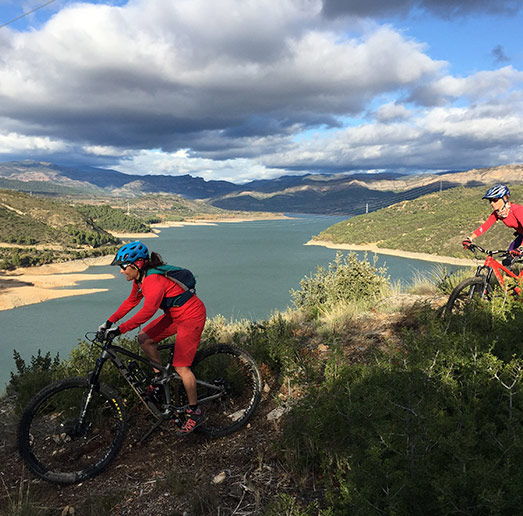 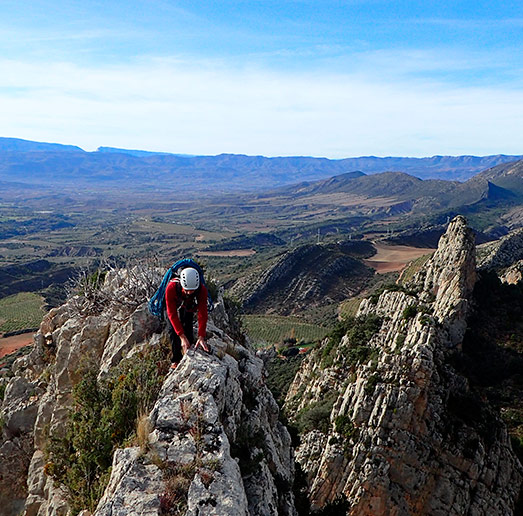 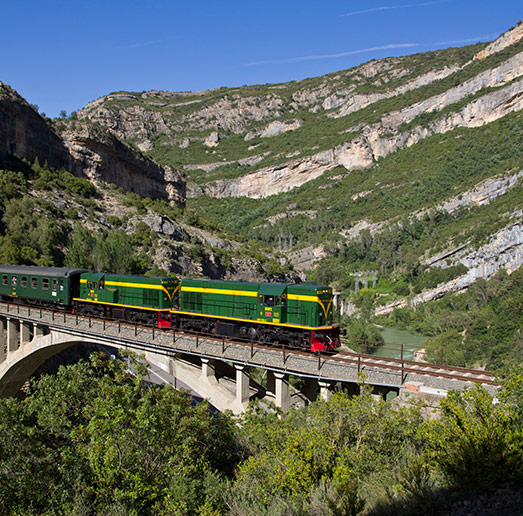 El Tren dels Llacs (Train of the Lakes), a panoramic tour from the plain of Lleida to the heart of the Geopark. (Jordi Peró) 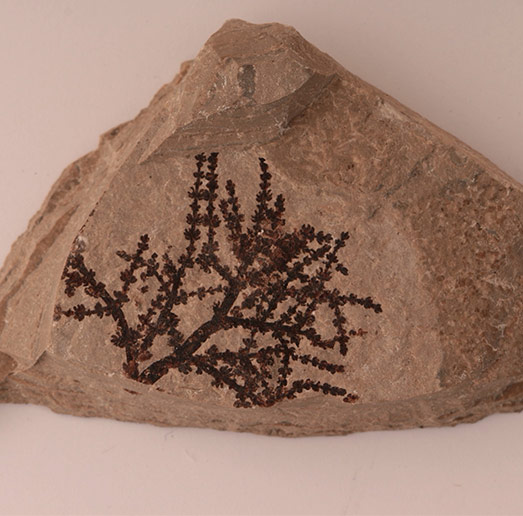 Montsechia vidalii fossil, one of the first plants with flowers. (IEI)