All about El Hierro

El Hierro is the 2nd smallest of the larger Islands of the Canary Islands Archipelago. It is located at the very southwest part of the Archipelago and it is no more than 30 km in length. The territory of the El Hierro UNESCO Global Geopark covers the whole of the Island of El Hierro (278 km2) and includes a marine area around the whole Island (about 312 km2), forming a total area of 595 km². It is the last volcanic Island in the Canary Islands Archipelago to emerge above the level of the sea 1.2 million years ago. It is in the early stages of construction with the greatest density of volcanoes in the Archipelago. It has over 500 open craters and another 300 which have been covered by more recent lava flows.

The island of 1000 volcanoes

El Hierro, the second smallest and the most occidental one of the Canary Archipelago, is a territory with an economy mainly based in the primary sector and incipient tourism attracted not only by the beautiful nature but also because of the culture and the simple and quiet way of life bound to sustainable development.

Added to all these attractions, El Hierro has a unique geological heritage, which was reinforced in 2011 by the underwater eruption near the coast of La Restinga and that resulted in a new volcano, not emerged, called Tagoro.

This geological milestone led to the implementation of an exciting project that culminated in 2014 with UNESCO declaring the island of El Hierro as a Geopark.

It happened 1.2 million years ago. After a long history of underwater growth from the surface of the oceanic crust of the African plate, El Hierro Island emerged over the ocean. In its history, there have been 5 volcanic buildings: Tiñor, the Gulf and the three ridges or rifts.

The instability of the El Golfo and ridges building, mainly due to its excessive growth and the accumulation of volcanic material, caused gravitational mega-landslides that left large deposits of these rocky avalanches at the bottom of the ocean.

As a result, the island has three impressive amphitheatre-shaped escarpments open to the ocean, and where viewpoints have been strategically placed from which to observe the amazing valley of El Golfo, and the arches of Las Playas, and El Julan.

The presence of these three amphitheatres in the conjunction between each two of these three ridges is what gives El Hierro the characteristic three-edge pyramid shape.

But one of the most extraordinary peculiarities treasured by the Geopark of El Hierro is its spectacular lava fields.

Some are made up of thin lava, with smooth surfaces or with deep wrinkles and folds. Here the moving lava plastically modified the surface of the lava flow, moulding incredible organic shapes of ropes, which rightly receive the nickname “corded or ropy lava”.

In these unusual beauty landscapes, we can also find some lava channels where we now can imagine the lava flowing, or remains of volcanic tubes, some of which are preserved intact and accessible inside.

Geology is all over El Hierro island, it is a fact at every step. Through an extensive network of trails and viewpoints, or visitring the different Interpretation Centers.

A geological heritage from more than one million years ago at your fingertips. Live it!

El Hierro, Geology on the move 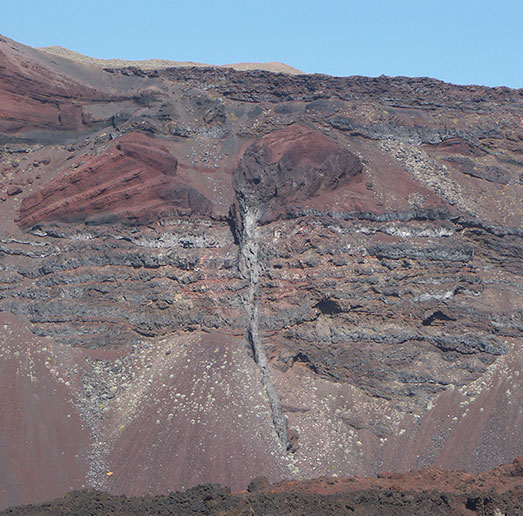 Pyroclastic cones severed by a fall 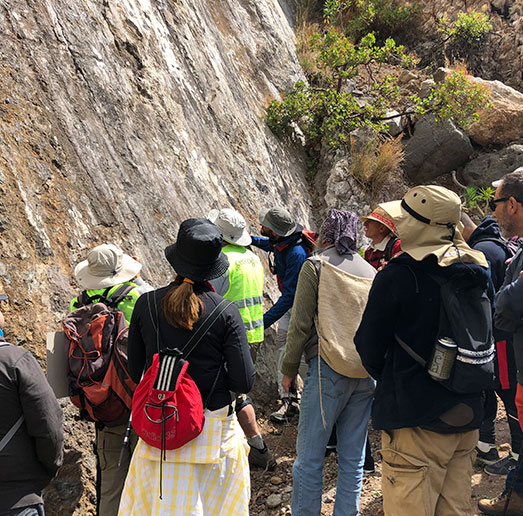 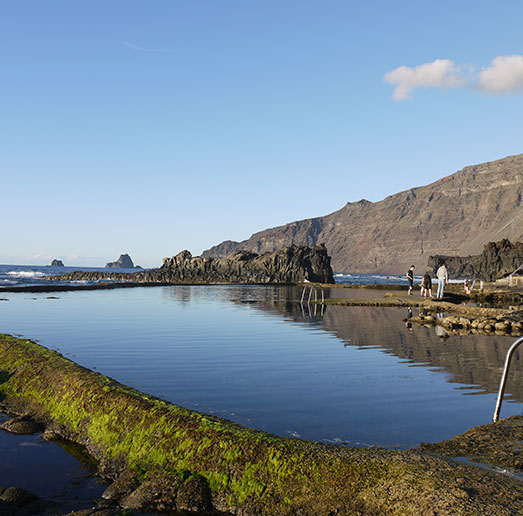 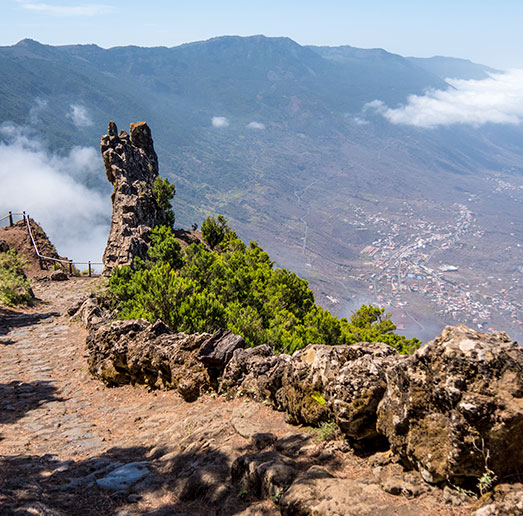 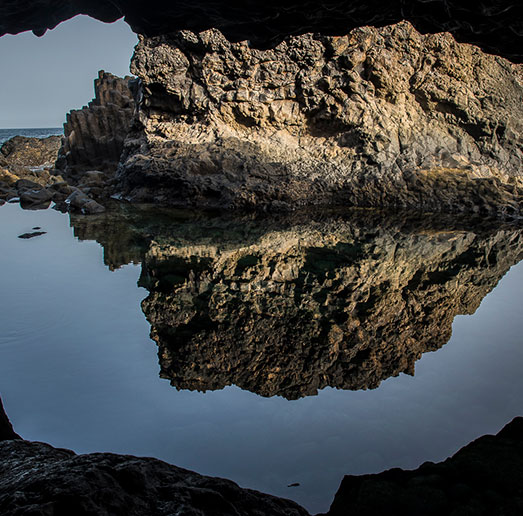 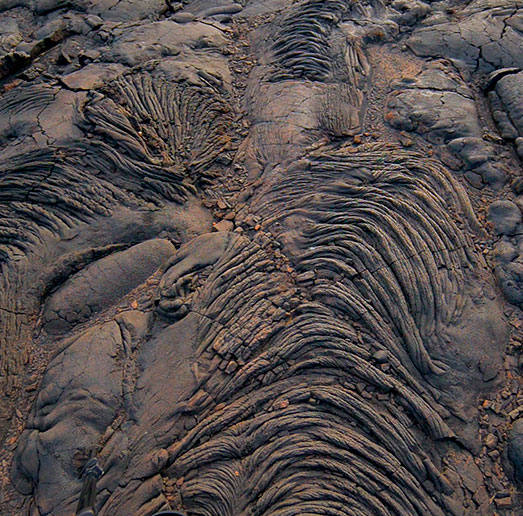 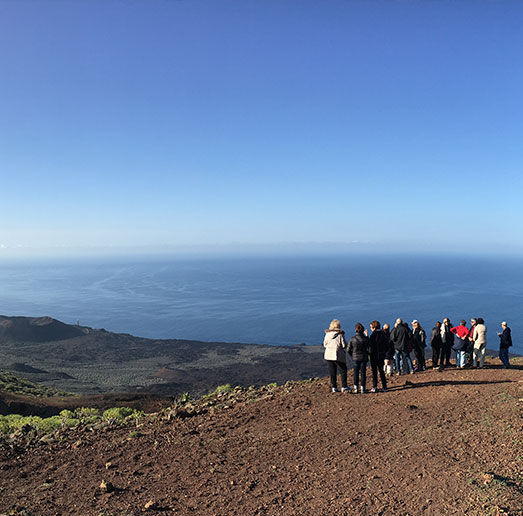 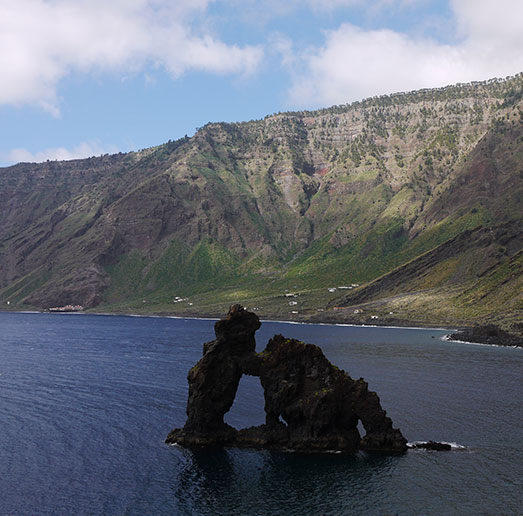